"Not believe in Santa Claus! You might as well not believe in fairies. ... Nobody can conceive or imagine all the wonders there are unseen and unseeable in the world."

Yes, Virginia ... there is a Santa Claus! 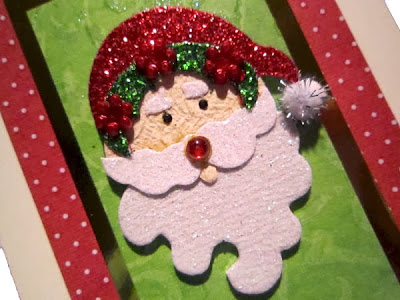 Jolly little Santa's were next on the agenda while all the card making gear is out. I must say, I have memories of Mr. Dress-Up as I open the lid on my 'tickle trunk' of 'Christmas bits' and ponder one by one what to do with the various treasures inside. 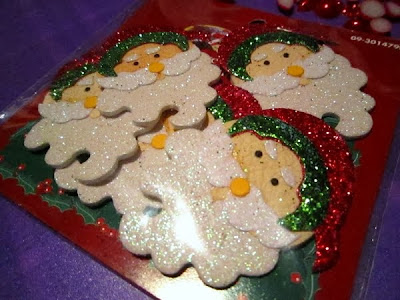 I seemed to have a few packs of these cute little elf-like Santa faces and I don't think I've used them before. Right, little Santa faces, you're up next. 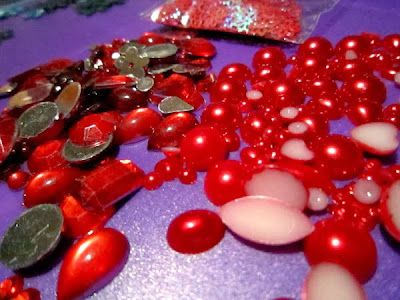 But they needed just a little more oomph, so I got out some red gems and sequins .... 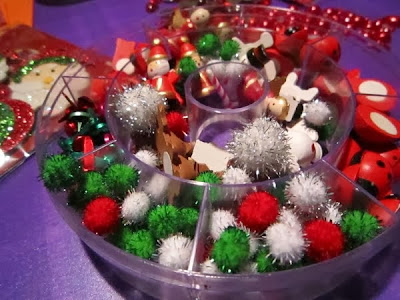 And of course his hat will need a pom-pom. So back to the metallic card stock and pretty Christmas papers (much more pondering) ... 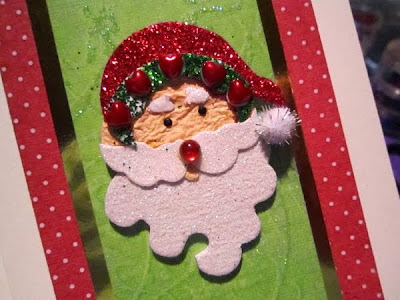 I did three layers of papers, with the metallic card stock just appearing as a thin strip. On goes Santa, to whom I've added a pom-pom for the hat and a glowy red gem for the nose. I wasn't in love with the green brim of the hat - I thought it made him look a little more elf than Santa - but some little embellishments to break it up seem to do the job nicely. I find the little flowers give the look of a crown of holly and berries, and I've also used little hearts. 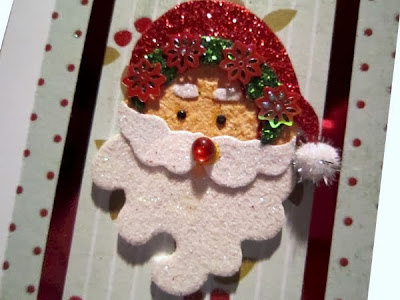 Sequins work great too as in these little snowflake sequins on my light blue and red version. The glue is still drying in this photo - it looks much nicer now it's dried clear. Isn't that glowy red nose fun? I know Santa doesn't have a glowy red nose, but the version flat on the sticker just looked unfinished, almost like something had fallen off, so I am happy with this alteration. 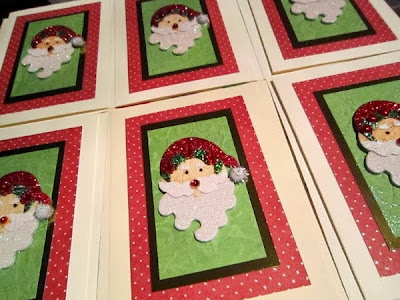 I am on a roll. Soon I'll be putting together sets for sale on Etsy, and there is news of a new super-fun project coming in the bead category so stay tuned! Fa la la 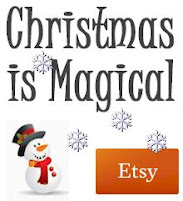 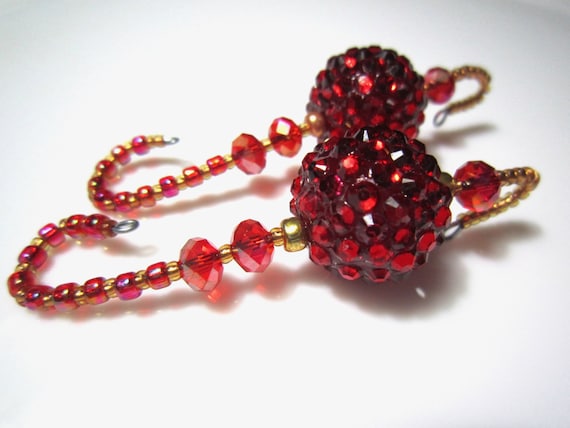 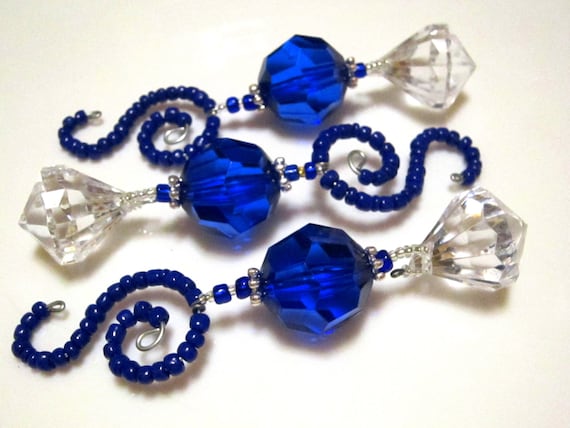 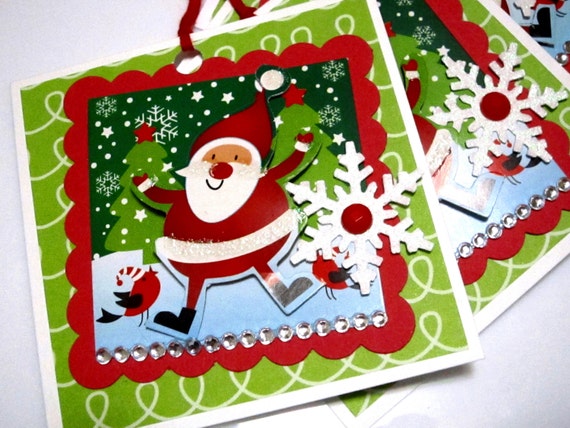 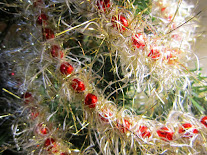 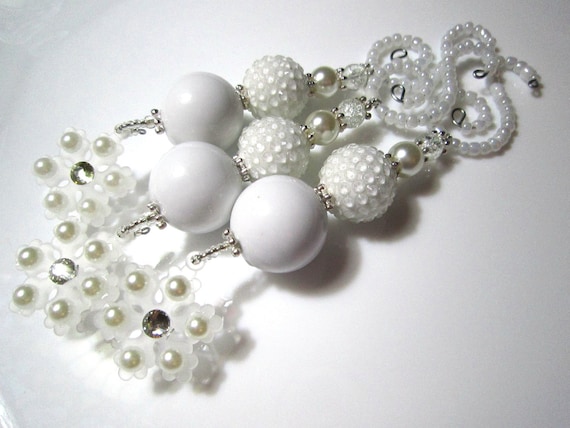 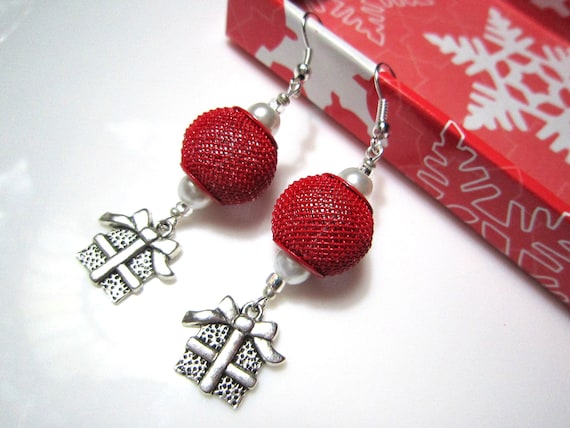 Elf on the Shelf Ideas